For just…0.7% - That is equal to 7p per £100.00 cargo value you could avoid the unexpected. The hazards of conducting trade around the world, and in particular the risk of losing cargo at sea, has preoccupied the minds of merchants for centuries. Shakespeare built an entire play – The Merchant of Venice – around it. If Shylock had taken out all-risks goods in transit insurance including the possibility of forfeiting a pound of his flesh, it would have been a much shorter play.
A few facts to consider:

Q: My goods are not at risk so why should I get marine insurance?

Always remember that the moment your cargo is placed aboard a vessel you have an interest in the whole venture – Commonly know as General Average…
It is possible that your goods may be less prone to loss or damage than others, but you still run the risk of a ship sinking, a plane crashing, or some other catastrophic event. It is important to keep in mind that a ship sinks every single day according to maritime statistics. In addition, you are vulnerable to General Average losses. A recent study concluded that a shipper will be involved in a General Average incident once every eight years. This could potentially lead to a business-ending situation without a cargo insurance policy.
In an ex works transaction, the seller is considered to have delivered the goods once they’ve been made available for collection at the factory or warehouse, from that point on, risk passes to the buyer!

Q - Why do I need Marine Cargo Insurance?

Whenever goods move, they are subject to risk and their value may be partially or totally lost due to a whole range of reasons. This can be critical to your business. Whenever you use Cargocost, which is a wise move for most exporters or Importers, we will take a lot of headaches away. Comprehensive insurance is something that we can offer you as standard. In an ex works transaction, the seller is considered to have delivered the goods once they’ve been made available for collection at the factory or warehouse, from that point on, risk passes to the buyer! 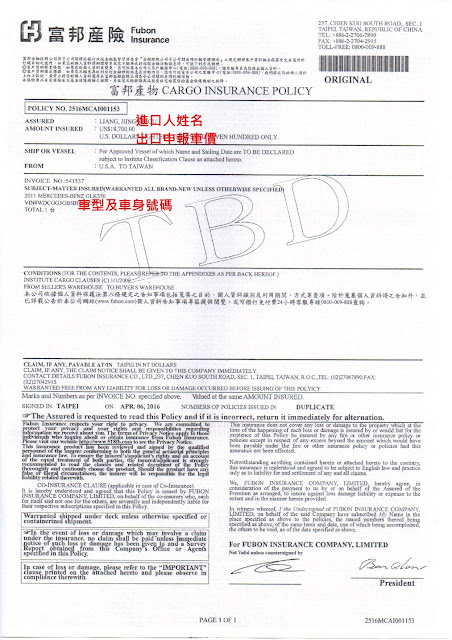